Store Description: The GT Pro store has the best drones on Aliexpress. It has a wide collection of drones ranging from $15 to $85 and more. You get drones of all types and if you are looking for cheap Chinese drones, then this is your destination!

[ Check out the store here ]

Yes below are some best cheap drones shipping worldwide.

If you are a drone lover, then I’m sure you’ve heard of the DJI Mavic Pro. The truth of the matter is, a drone like that is very expensive. There are a lot of cheaper drone options that are available but lack certain features. If you are a beginner to drone flying, then it makes absolute sense to go for a budget drone that is affordable and has the right features.

So today we cover the best Chinese drones and the best Aliexpress drones and find the best under $100 drones and under $50 drones that match the features of a DJI Mavic Pro but at half the cost.

The GT Pro Store is one of the coolest drone stores on Aliexpress. They have a wide variety of products from folding drones to mini drones to quadcopters to remote controlled drones that work with a smartphone.

They also sell professional drones for photography and other types of drones that cover various use cases. They are one of the best drone stores in China.

You’ll find the best drones on Aliexpress in this store.

Check out the store here.

The Sharefun Bay Store is a dream store for Drone enthusiasts. They do sell robotic toys apart from drones. When it comes to drones, they sell drones from all brands, all shapes, sizes and requirements.

From mini drones to photography drones, you can find it all here. The best part about this store is the constant discounts they offer on various occasions.

Check out the store here

This is one of the best selling budget drones out there. It resembles the DJI Mavic Pro very closely. This is a foldable quadcopter which means it has 4 rotor blades. It’s not as big as we think it is and as it is foldable, it can be easily placed in your backpack or pocket.

At the outset, it has a solid design and the foldable rotors look sturdy. It comes in a black finish which looks super pristine and for people who are worried that they might lose it during nighttime flying, it comes packed with blinking LED lights that can easily be spotted.

On the top, there is a massive power on button, but it’s the bottom you need to be curious about. The back of the device has a massive camera that shoots in 720p HD and can shoot at an angle of 120 degrees.

It has one key takeoff feature and it’s pretty protected against strong winds because of the speed mode that can be effective against winds.

One can take pictures and shoot videos with the Eachine E58. It can also do a 360-flip. It can hover at a fixed height for a considerable period of time.

The Quadcopter’s batteries are a 3.7V 500 mAh. Li-po. The Eachine E58 is probably the best Chinese drone in the market.

The XY4 is another quadcopter that comes under the category of a budget drone. It has a nice even base. As it cannot be folded, it might be a hassle to carry it around unless you have a decently sized backpack.

But the lack of folding is not always a bad thing because it gives more stability while flying and it gives the drone some balance.

Coming to the design, it comes in a few colours such as Red, Black and White, with the red looking pretty great.

There are dual versions of this drone. One with the camera and one without. There are also multiple camera options. You can literally pick and choose the one that you want.

It can fly for up to 25 minutes and it has a distance of about 150 metres, which is pretty great.

When flying amongst crowded skies or with a lot of trees, you can easily miss your drone. There is a one button return where you can summon your drone and it will come back.

If you buy the version with the camera, you can shoot in 1080p.

The SG-106 is a pretty impressive drone that has a bunch of features that people will find useful. Firstly, let’s talk about design. It has a beautiful, aerodynamic design and it’s a quadcopter with 4 blades.

It comes in two colours -- White and Black. This is a non-foldable drone, but it has many other benefits.

It has a 4k HD camera that can shoot with just gestures and shoot videos on gestures as well. It has a smart portrait recognition. You can also plan the trajectory of the drone through your smartphone. You can use your fingers to draw the trajectory and the drone will follow that exact path.

The 1600 mAh battery is a beast and the drone can last in the air for a good 22 minutes. This drone has a dual camera set-up, so you can switch between front and back.

It also has the fixed height feature which ensures you can take a fixed point to hover photography or video.

It can do 360 rolls and has the single key for taking off and landings. You can also attach protective rings on your drone so that nobody gets slashed by the rotor blades.

The app for this drone lets you edit videos on the fly and lets you ship as well.

For people who love aerial photography, these are the features you get

If you are looking for a cute and petite drone that can shoot some videos and take some photos, then the Teeggi Mini Drone will come handy.

Coming to the design, this is a cute drone that is shaped like a beetle and it is so tiny it can fit in the palm of your hands. The top shell can be replaced and fixed with various colours.

The drone although small, is still foldable. It has a HD camera that can shoot gesture photos and gesture videos.

It has the auto-follow feature where once locked based on gestures, the drone will follow you. The drone can fly from the source up to 50 metres, which isn’t much, but it’s perfect for top shots.

With the gravity feature, you can control the drone like a Gameboy by tilting it left and right.

It has the altitude hold feature that lets you control the drone and keep it at a height.

This can be easily carried in the pocket too and perfect for amateur photographers.

The battery lasts for 20 minutes and is one of the best in the industry. It has the altitude holding feature and has an independent removable camera.

It has the gravity sensor feature where you can use your phone’s smartphone to move the drone around.

It has the headless mode which lets you fly the drone in any direction and also has the VR 3D mode which let’s you watch the aerial shots in VR.

The parts of the Transformer drone don’t break, they can be reattached and they are super malleable.

Buyer’s Guide on Drones from Aliexpress

If this is the first time you are buying a drone, then my suggestion would be is, pick a budget drone, learn how to use it and fly it and then move on to the more expensive ones. The ones with more features will need more time to learn.

How to choose the right drone?

Choosing a right drone isn’t as complicated as people think it is. It all depends on what you want. There are camera drones, mini drones, long-distance drones and so on. So let’s break it down in terms of how to choose the drone.


Before you read any of the points below, ensure that the drone you are buying is something that you can operate. More often than not, a lot of people end up buying drones that they aren’t able to operate and it ends up gathering dust in the attic.

What do you need a drone for? Do you need it for photography? Or video shots? Or just spying on the neighbours? Defining your purpose is paramount to choosing the right kind of drone. If you are a beginner, then I would suggest going for a cheap drone.

If you need to take aerial shots, then the camera becomes paramount. But there are different levels of camera quality. It depends on your requirement.

Another important factor is the battery life. If you are going to be using

The bigger the drone, the more potential in terms of battery life, camera quality and other things.

Types of drones on Aliexpress

There are a variety of drones available on Aliexpress and here’s a small list.

What are the best drones for the money?

When we reviewed these Chinese drones, we found them to be on par with the top drones out there.

What is the best most affordable drone?

The best and most affordable drone would be the Eachine E58. It has all the features of a high-end drone and it comes at a price point that is affordable compared to most drones out there.

What is the best small drone?

The best small drone that you can find on Aliexpress is the HDR/C drone. It costs about $33. It easily fits in the palm of your hand. It has a 300 mAh battery and it charges within 30 to 40 minutes. The flight time is about 10 to 15 minutes.

It works with your phone and you can use the accelerometer on your phone to control the drone. You can check it out here.

How much does a decent drone cost?

A decent drone that can withstand windy conditions and that can take decent pictures and can go for a pretty good range and that can be controlled from your smartphone or a remote control will set you back anywhere from $80 to $300.

How to track a lost Android Using IMEI 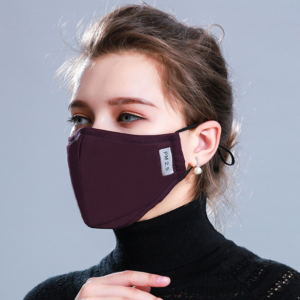 Hi there! I'm Timothy! Welcome to my review website. I have been a huge of China and their product offerings. For two reasons - They work well and they are incredibly reasonable. I'm here to cover the best Chinese products in the market to help you save money and time, looking for amazing deals! Reach out to me - [email protected]. 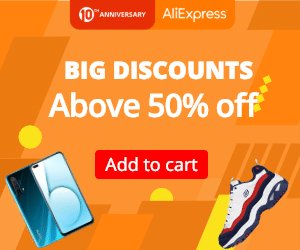