Xiaomi Mi Vs Redmi – What are the main differences?

Check out the best Mi & Redmi Phones on Amazon

How Xiaomi’s Mi differs from Redmi is how Samsung’s Galaxy J9 and Galaxy S9 differ from each other. Xiaomi’s offerings come under quite a many series or sub-brands like Mi, Redmi, POCO, MI A, and MI CC. The differences between Xiaomi’s Mi series and Redmi series can be summed up under two terms namely ‘flagship’ and ‘budget’. While the Mi series contains the flagship offerings of the Chinese phone maker, Redmi comprises of the budget phones manufactured by Xiaomi.

In making its Mi series of smartphones, Xiaomi has primarily targeted heavy users who would expect their phones to run faster and with better processing capabilities. Mi series phones belong to the high end smartphones among the portfolio of Xiaomi’s offerings. All of the phones in the Mi range are fitted with high end processors.

Mi phones sport a superior build quality with most of its members wearing a metal body that can withstand the drop test with the best results. The camera quality in the Mi series is much better than most other classes of phones that Xiaomi makes. Some of the interesting camera features you will find in the Mi series are dual tone flash mode, manual mode, and Optical Image Stabilization. Mi range of phones also receive faster software updates from the company.

The phone build, specifications and features of the Redmi series best suit casual users. These phones do not support heavy or rough use and the target group of these phones are the day to day users who are happy with the mediocre configurations. We can say these phones are more consumer oriented and make use of lesser expensive components.

The materials employed in the making of Redmi phones are not expensive and hence these phones sport a minimalistic design. Nevertheless, these consumer oriented smartphones focus on bringing the customers access to some of the latest trends in the smartphone world like PDAF and some cool selfie features.

All of the Mi smartphone line of offerings are best suited for users who have a heavy use of their phones. Most of this class of Xiaomi’s offerings wear sturdy metal cases that have cleared tough drop tests. These phones are known for their better speed and better quality processors with excellent processing capabilities.

The principal focus of Redmi phones is to offer good features to the budget minded users within the lowest price possible. Though you cannot expect a sturdy build in these category of phones, they are rated good for their encouraging features and performance.

The mid-range cameras configured in the Redmi series let you take only average pictures and you cannot depend on these phones to click high resolution photographs.

In its Mi series, Xiaomi has attempted a superior design in line with the latest design trends. These phones are made from premium class materials which is evident in their look and feel. Most of Redmi phones are also built in metal and they too sport a overall good design. Nevertheless, some parts of these phones like the buttons, upper and lower parts are made of plastic which does not assure a premium feel.

Mi line of Xiaomi’s offerings receive software updates quickly. These updates also aim at improving the efficiency of their phones. Redmi series phones do not get frequent software updates and even those that are provided rarely are reported to have some bugs in them. Nevertheless, Redmi phones are powered by a decent quality software and the bugs noticed do not give rise to big concerns.

Mi line of phones from Xiaomi are powered by high end processors that are of top notch quality and the latest in the industry. These processors are rated high for their performance and speed. On the other hand, the processors of the Redmi class of phones are only average ones that might not suit heavy use. To play high end games on your Redmi phone, you will have to tune the device to its best settings.

The common trend we notice with regard to the premium phones is the glass backs. Most of the high end phones we see today are good looking, but fragile. Mi is not an exception to this. Redmi phones on the other hand wear more durable metal bodies despite their cost cutting make and configuration. Hence when it comes to durability, the members of the Redmi series can overtake those in the Mi series.

Xiaomi’s Mi class of smartphones are made to deliver the premium feel you will expect in a top rated phone. The Redmi series phones are thoroughly user oriented and hence they can assure a decent user experience proportionately to the price tags they carry.

To throw more light on the mainline differences between Xiaomi’s Mi and Redmi series, here we analyze the build, configuration and specifications of a representative model from each of these series. The models we have discussed here are top selling ones with some excellent features suitable to their category.

Xiaomi has crafted its Mi 11 Ultra in a stunning way. Rendered in a beautiful aluminum frame, the alluring design features of the model are its ceramic back and a curved display on the Corning Gorilla Glass Victus. All these premium materials justify its 234g weight. Mi 11 Ultra’s back features a 1.1-inch OLED display that indicates the battery level and the phone’s notifications. It can also be used as a viewfinder in the camera app.

Mi 11 Ultra’s main display is one of the best in the industry. While played locally or on YouTube, the HDR videos look great. Notably, even some heavy titles like Call of Duty: Mobile and Asphalt 9: Legends are played with the best precision and smoothness. The battery life is more than average.

Some of the notable merits of this phone are its amazing build, impeccable display with a high refresh rate, long battery life, and the finest set of cameras. The MIUI offers a refreshing experience that is free of any spamming.

Delivered as part of Redmi’s all new K series, the K20 Pro sports a Qualcomm Snapdragon 855 SoC. The phone features a 6.39-inches and this model is the first one in the Redmi series to have an AMOLED display. The display dominates the phone’s entire front side and the phone has a 91.9% screen-to-body ratio. The smartphone’s FHD+ HDR panel enables good viewing angles. The display has enough brightness to facilitate sharp visibility even outdoors.

Xiaomi has chosen to provide this phone’s back with a unique kind of gradient pattern which makes this model stand out from the rest. The front side wears a Corning Gorilla Glass 5 protection which bestows water resistant quality to the smartphone. The two variants you will find in the Redmi K20 Pro are 6GB RAM coupled with 128GB storage, and 8GB RAM offered in combination with 256GB storage.

The Redmi K20 model features a 4,000mAh battery that can last for about 36 hours on a single charge even when you play HD videos. An affordable phone offered with a Qualcomm 855 SoC, the competitive advantage of this model ensues from its budget price.

If you have to choose between Xiaomi’s Mi and Redmi series of phones, the choice will ultimately depend on the purpose and budget. Mi class of offerings from this Chinese phone maker are known as the firm’s flagship high end models. In most of its Mi phones, Xiaomi has packed rich features, quality build and performance. Hence, it is natural that they carry larger price tags justifying their specifications.

On the other hand, the majority of Redmi series phones are more customer focused and budget friendly ones. While they might not promise high end specifications and top performance, they do sport decent configurations in line with their prices. In its Redmi series, Xiaomi has attempted to pack as much good features as possible for the buyers looking for smartphones in the mid-range budget.

If you have challenging expectations from your smartphone, you can pick up one from the Mi series and if you are a budget conscious buyer willing to invest in a decently priced model, Redmi series will have something for you.

What is the difference between MI redmi and Xiaomi?

Xiaomi is a Chinese electronics company and Redmi is a sub-brand owned by Xiaomi. Redmi offers mid-range, good quality smartphones at affordable prices. The parent brand, Xiaomi, offers smartphones of higher range and is often compared to big brands like Apple and Sansung.

Xiaomi Mi phones are designed with premium materials with excellent features and specs. They’re often compared to big brands like Samsung and Apple but with a lower price tag. Mi phones are great value for money and have the same premium feel like the higher-end smartphone brands. 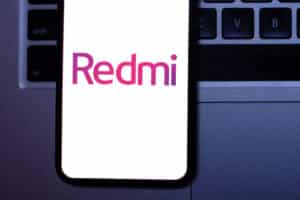 Aliexpress vs Alibaba 2021 : Which is Cheaper? 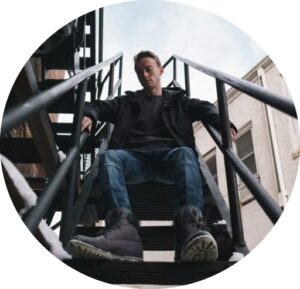