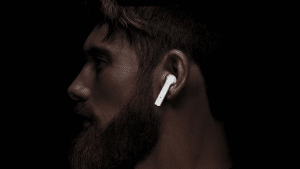 Store Description: The SWZYOR store is one of the top selling TWS earphone stores. It's a must visit if you love earphones!

The i1000 TWS is still a top TWS earbud replica of the first Apple Airpods. It still is one of the best replica TWS product.

We haven’t covered a TWS device in a while because there hasn’t been a major release since the i500 TWS, which we have covered here. We haven’t had a major release because the manufacturers have been busy working on the latest TWS with some awesome and powerful features. Did you want a better battery life? Better sound?

Inside the box, you get the i1000 TWS earphones with a charging box and also a case which comes in numerous colours with a hook that makes it easy to hook the i100 to your belt and so on. It comes with a black kit or a white kit, that is completely your call.

Considering these are lookalikes of the Apple Airpods, they look the same as Airpods. They have the earphones with the speaker set on the side and also the sensor with which you can control the music. The charging box itself looks the same as that of the Airpods. The extra kits can make a big difference to the looks. It makes it look slightly different from the Airpods.

A lot of people might wonder, why do I even bother upgrading to the new TWS earphones, if all of them look the same?

The truth of the matter is, similar to software, even hardware makers keep improving the design of their hardware products. From the material used to the design and so on.

A lot of TWS earphones in the past have had dummy pop-up animation screens that would just show a random battery screen with dummy percentages. The i1000 TWS has updated that and ensured that the pop-up animation accurately depicts the battery percentages of the two earphones and also the charging box. This way, you will know the exact charge that is left in your earphones and charging box. For iPhones, you will see the pop-up box, but for Android, you will have to manually connect via Bluetooth.

Music Time has been a serious concern for a lot of TWS earphones users. The truth is, you can never replicate the experience of wired earphones when it comes to music time. If you are commuting for an hour and are listening to music, then you need to charge your device for at least an hour.

This is another feature that is sought after because people would like to use TWS earphones not only as earphones for music, but also a device for communicating with their loved ones. If you have independent earphones, then you can put one back in the box or in your pocket and use a single earphone as an earpiece to take calls. This is a possibility with the i500 and it makes it a super useful multi-use device.

One of the biggest advantages of the i1000 TWS earphones is, you don’t have to take it out of your pocket to change the music. Now with the help of the voice assistant, it makes it easier to make calls and perform other tasks. With the voice assistant, you can access Apple’s Siri or Google’s Assistant and ask them  to make calls or send text messages directly from your earphones which is a big feature that I use all the time!

There’s one thing that people have complained about in the past about TWS earphones and that is the MIC. The mic has been a bit of a disappointment in other TWS devices, where you couldn’t hear clearly or the person you are speaking to couldn’t hear you properly! This has been changed and improved with the i1000 TWS with the mic being dramatically better!

Just like other popular TWS devices, you can control the music on your TWS device with the help of the touch sensors. Single touch for pausing and playing music and double touch to change the song or go to the previous song.

Another serious concern with TWS devices is improved bass. Although the Airpods have a good bass, all of it is lost because of a lack of noise cancellation. The i1000 TWS on the other hand has one of the best bass we have ever heard on a TWS device and it is fantastic!

If the bass was a serious concern in the past for you, then all the problems are solved with the i1000 TWS.

Check out LATEST i9000 TWS (GPS and Rename features)

To summarize, the i1000 is a sold earphone. If you like TWS earphones and want a good budget one, then this is the one you need!

The i1000 TWS is a wonder Airpod Clone, but it does have competition from the i2000 TWS. We did a little comparison to find out which is better and here are the results.

At the outset, both the i1000 and the i2000 have the same features and similar specifications. Now, when it comes to the differentiator, there is nothing much because both the versions are similar.

For the manufacturers to make more money. They can promote it as an advancement over the i1000 TWS. In reality, the i1000 TWS is cheaper than the i2000 TWS.

85 Top Brands and Sellers on Aliexpress |...